Eating seasonally has become a big part of my families (culinary) life. We buy our vegetables at a local organic farm, which is a mere stones throw away from our home. We spend one or two full mornings per week at the farm: playing, observing the animals, being with the land, watching the crops grow, picking flowers and resting. We do this year round. This way we get to see the changes nature goes through. Over the years I have found eating and living seasonally to be the biggest contributor to my health and wellbeing.

When I eat and live with the season I am connected to the here and now. I think less about what has happened or what will be. I enjoy the moment as it is. Potatoes during winter help me stay warm, safe and rooted. Cucumbers during summer help me beat the heat, enlighten and refreshen my mind. When I spend time outdoors, with the season, I feel invigorated and alive. I forget time, my phone and any worries I may have. Nature is a natural relaxant. Seeing my food grow makes me feel more appreciative. Let’s not forget gratitude is an important ingredient when creating a nourishing meal.

Eating according to the season has another advantage. A strawberry grown in mineral rich soil during pre summer days holds more nutrients than a strawberry grown in a commercial greenhouse during winter. In other words, we ingest more minerals and vitamins by eating what nature provides us seasonally. Eating the season hands us the opportunity to be truly nourished, on every level imaginable.

Since seasonal eating and living has become such a big part of my life I have decided to create a seasonal food guide and record my findings year round. I’ll do a monthly post to show you the foods available right now and I’ll give you ideas what to cook, using this beautiful seasonal produce.

Don’t ever want to miss an article? Follow me on Bloglovin! 'Adopt the pace of nature: her secret is patience.' (Ralph Waldo Emerson) I spotted kohlrabi, cavolo nero, Brussels sprouts, kale, jerusalem artichokes, celeriac, turnips and winter purslane growing at the farm this week. I even saw the last of the radishes, still covered in dirt, and some frozen raspberries on the branch. The farm store was packed with baskets full of quinces, walnuts and chestnuts, all picked over the previous months. The trees were pruned and ready for winter. The land was cleared and ready for rest. I spend the full morning there, until my hands were so cold I could hardly hold my camera. The sun shone and purple kale became the prettiest of gems. I took home salsify, Jerusalem artichokes, purple potatoes, turnips, kale and pumpkin. We then made a simple (5 ingredient) wild mushroom and pumpkin risotto. 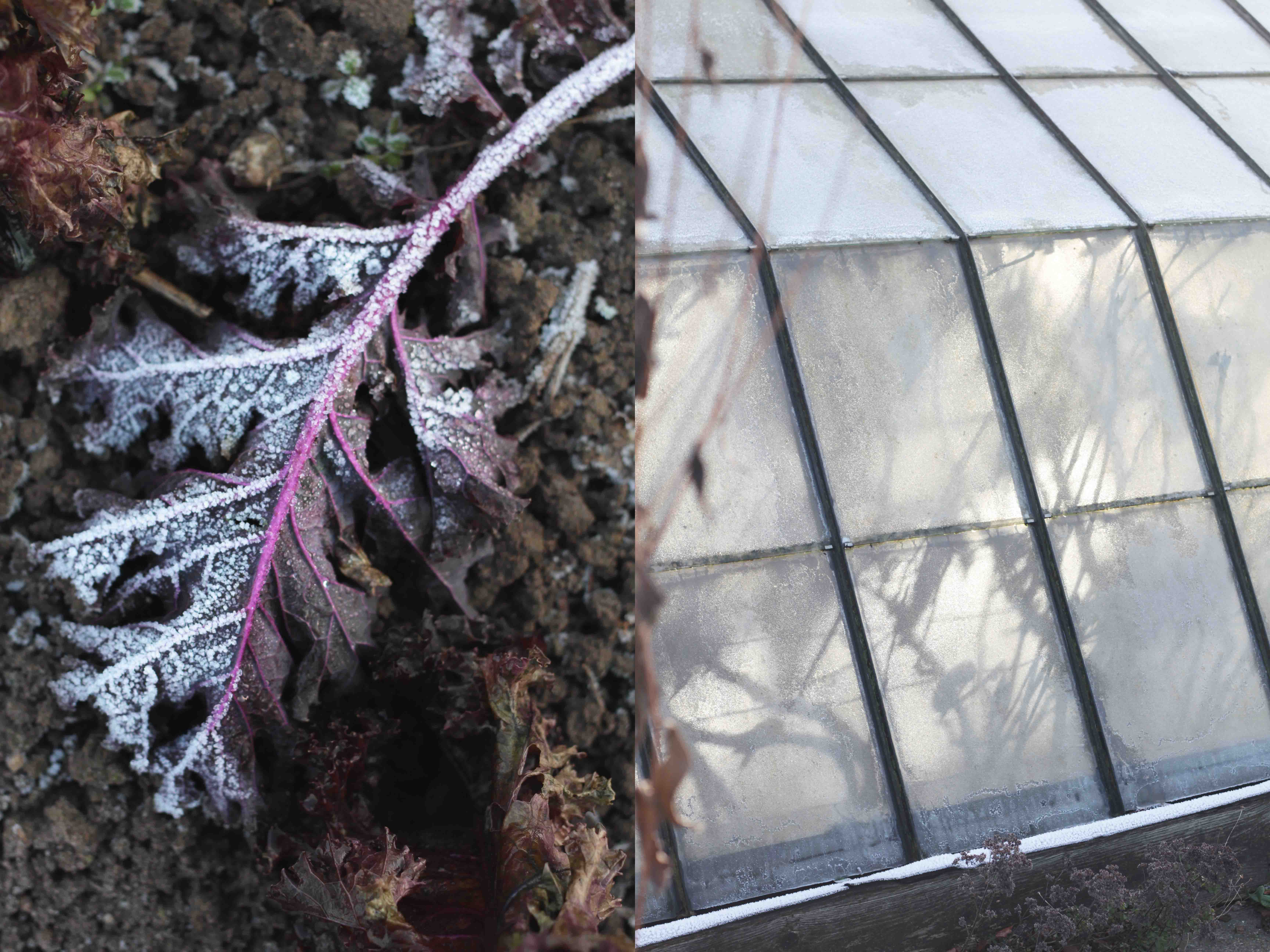 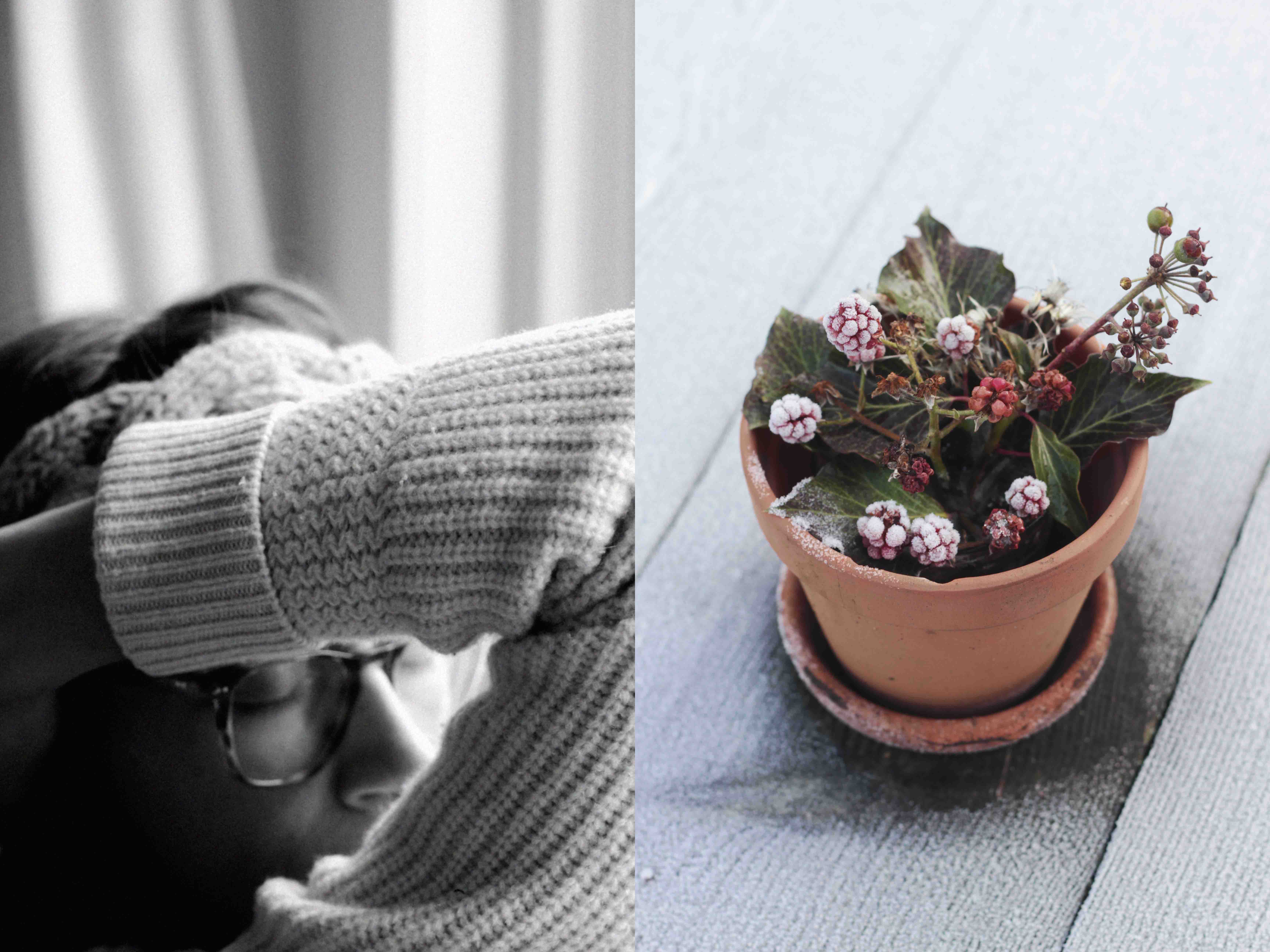 * I live in The Netherlands. The months and seasonal produce mentioned is therefore connected to the Northern Hemisphere.

Suggested spices to combine them with

Turnip miso soup by Dishing Up The Dirt

My quince carpaccio with roasted chestnuts, my cauliflower kale soup and this beet and cabbage salad. 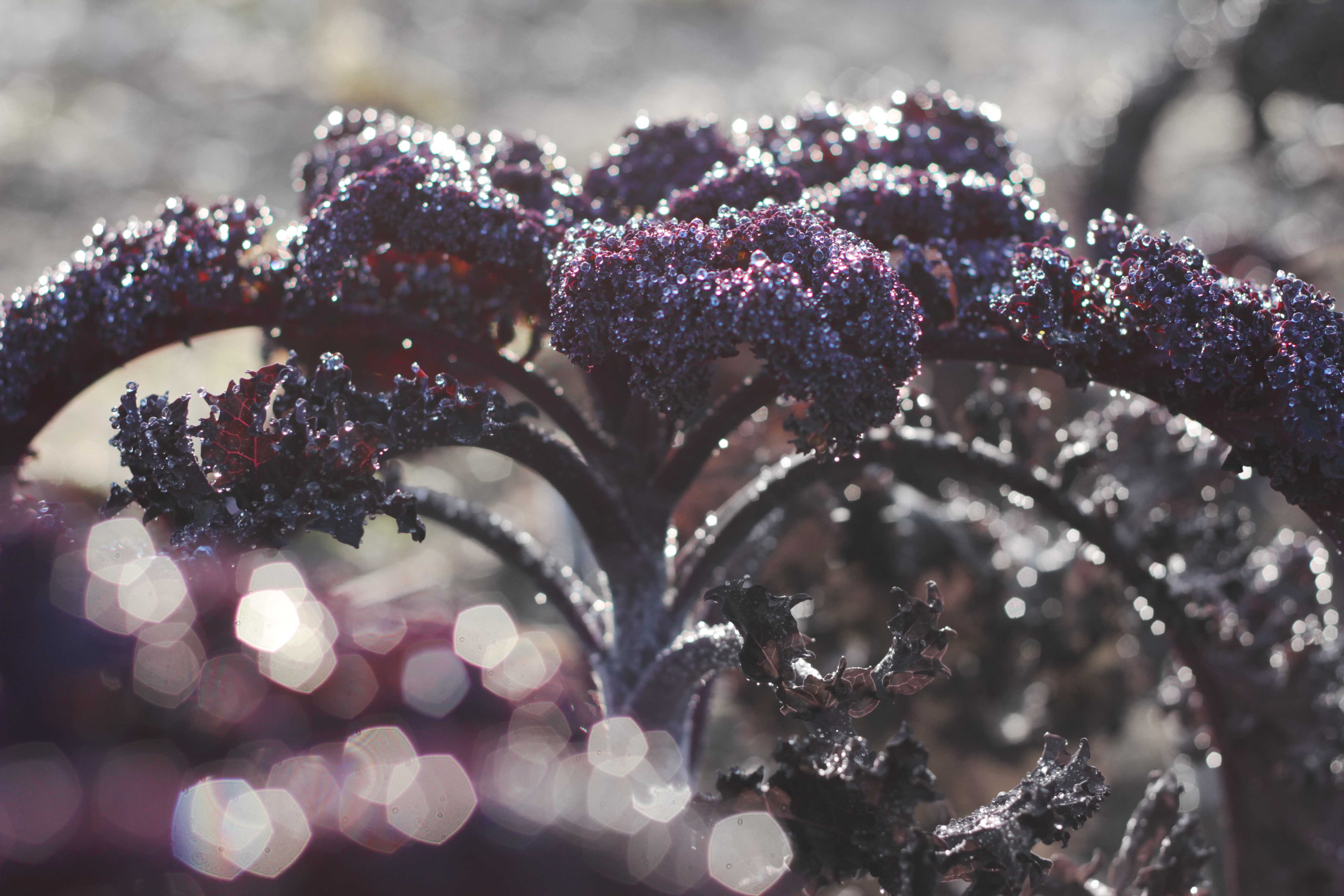 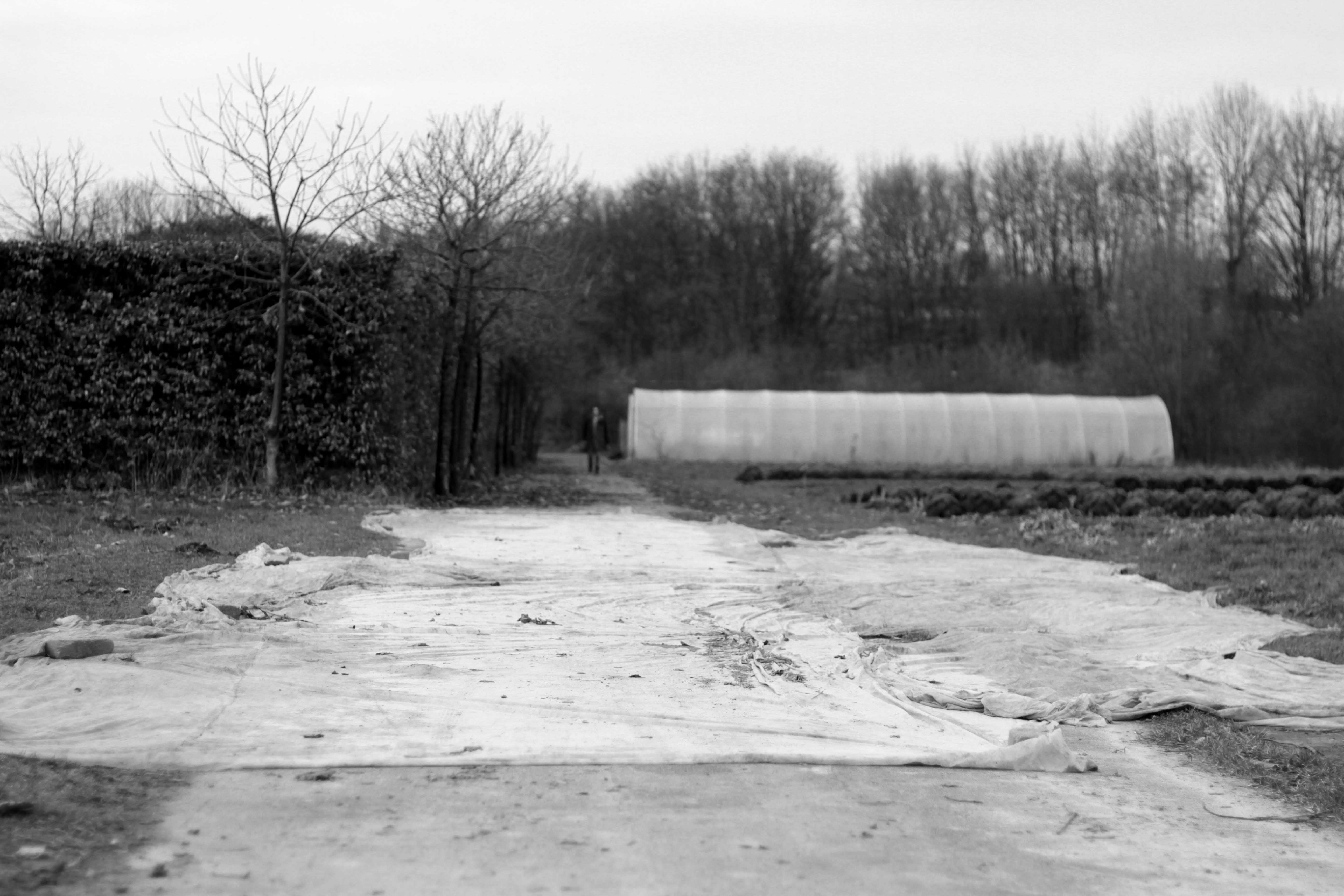 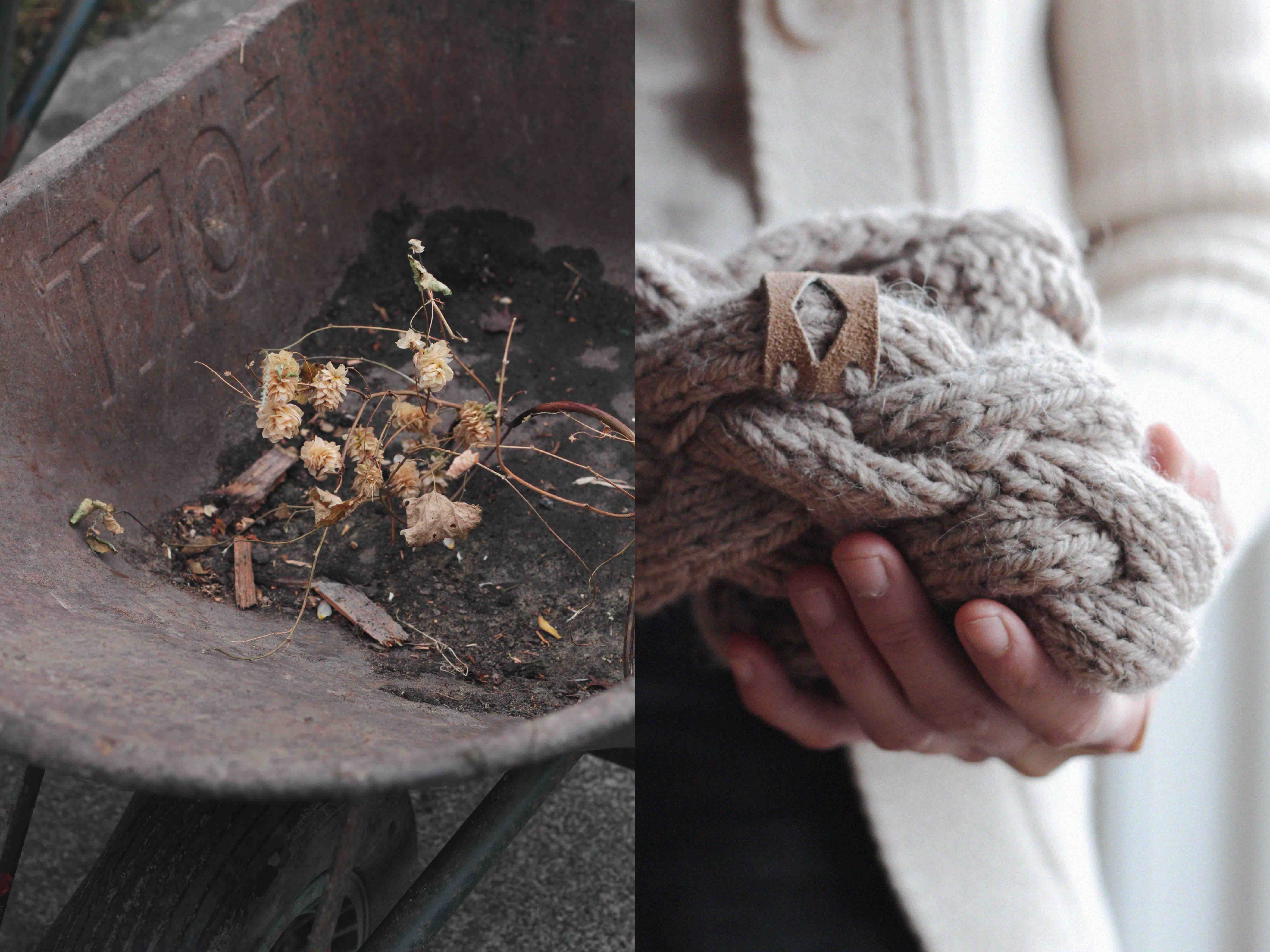 Many thanks to (location) Moestuin Utrecht

All images and text (c) by kyra. at kyra’s kitchen.